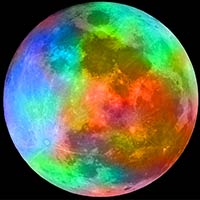 Were you born on

Have you ever wondered what phase of the Moon you were born on? Are more people born on a Full Moon or New Moon? Enter the date you were born on to find out the Moon Phase and the zodiac Moon sign of your birthday. Also try a friend or family member’s Birthday and share the results with them.

Throughout the history of the Earth, the Moon has been a major influence on the evolution of the land, ocean and life. For Billions of years the Moon has been stirring the oceans in its never ending orbit. Scientist believe life itself may not have been possible without the Moon's tidal mixing of the oceans that created the complex chemical compounds that were necessary for life to begin. It makes sense that our lives today are influenced by the Moon Phase, position and proximity to Earth. Whether it’s some deep chemical reaction or more of a spiritual connection it’s easy to see the influence. Doctors and Nurses dread the Full Moon each month when the emergency rooms are filled with people giving birth. Ask a police officer and they will tell you there is a heightened energy in the air on a Full Moon and New Moon. It’s on these days that the craziest things happen in the world.

The Moon is one of the most powerful symbols in astrology. Some people are more in tune with their Birth Moon Phase or Zodiac Moon Sign than the more common zodiac Sun Sign. Like the Sun Sign, your Birthday Moon Phase and Moon Sign can tell you a lot about yourself. The current Moon Phase today or the Phase on your Current Birthday is also said to influence our day-to-day lives. Explore the links below to see the diffences of being born on the different Moon Phases.