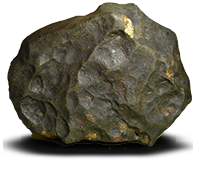 The Calendar below shows the 9 top Meteor Showers that occur every year. The biggest factors in watching these Meteor Showers are weather and the Brightness of the Moon. We all love the Full Moon but it can really ruin a good Meteor Shower. The best time to see a meteor shower is when the moon is close to a New Moon with a low brightness. The Calendar below is meant to be a quick reference guild to show the phase of the moon on the peak day of each meteor shower. Click on the moon for each shower to get more details on the moon phase for that day. 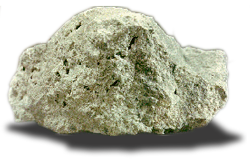 Moon Rocks have helped scientist to identify meteorites with a Moon origin here on Earth.

In ancient times there were a lot of crazy ideas about meteors and meteorite showers. Many people and cultures speculated that the streaks of light in the night sky were moon dust and rocks cast off of the moon as it traveled around the Earth. In modern times, we know that the major meteor shows listed on our calendar are caused by a parent object that is traveling through space casting of dust and tiny rocks. All of the parent objects are comets with only the Quadrantids in January and Geminids in December having Asteroids as parent object. This is what makes these showers so predictable from year to year. The Earth will pass through the debris trail of these objects as we travel around the sun at the same time each year.

But parent objects only account for the major showers. Shooting stars can be seen on any given night of the year and the Earth atmosphere is constantly being bombarded by these kind of meteorites. So where do these come from? Turns out space is filled with tiny bits of rock, metal and dust left over from when the solar system was created. When we see a random shooting star it's one of these tiny objects being burned up in the Earth atmosphere. If the rock is big enough it can survive this impact and hit the surface of the Earth. To date there are around 61,000 meteorites that have been found on Earth.

Meteorites from the Moon 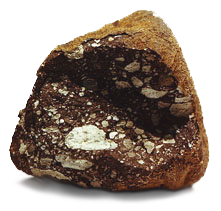 First meteorite to be confirmed as originating from the Moon.

Our ancient relatives didn't have it completely wrong when they guessed shooting stars might be coming form the Moon. In 1982 an expedition to Antarctica brought back a meteorite that they knew was a little different. It was named "Allan Hills 81005" and ended up in the Smithsonian Institute where a scientist noticed that the meteorite's chemical composition resembled that of Moon rocks that had been brought back by the Apollo Missions to the moon in the 1960s and 70s. This was the first known meteorite that originated from the Moon. A few years later Scientist in Japan discovered they too had a Moon meteorite by using the same method. To date there are under 200 known meteorites on Earth that have been identified as being from the Moon.

Rocks that are floating around in space and eventually end up on Earth are caused by other meteorites, asteroids or comets hitting the Moon. When a rock that is floating in space comes in contact with Earth's atmosphere, the heat from the friction is so high to burn small meteorites giving us therefore the classic shooting star. Some bigger meteorites survive the impact and land on Earth like the Moon Meteorite found in Antarctica. The same thing happens on the Moon but since the Moon has less atmosphere to slow down the space rock and it hits the surface of the moon making a crater. There is also less gravity on the Moon and when the crater is created rocks and Moon dirt can get thrown high out of the Moon gravitational force and end up floating in space. Some get caught in Earth gravitational pull. 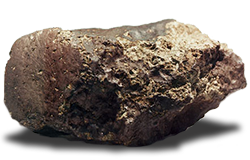 In 1994 scientist claimed that structures found in this meteorite with Martian origins could be fossilized bacteria-like lifeforms.

Like Lunar Meteorites, Martian meteors start on the planet Mars and are ejected into space when an asteroid or comet hits Mars surface. Mars meteorites are very rare with only around 120 having been identified as of 2013. They are identified as Martian meteors by comparing their chemical composition with data collected from spacecraft that have landed on the Mars surface.

One of the more famous of these Martian meteors is ALH 84001 that was discovered in the Allen Hills of Antarctica in 1984. It is speculated to be one of the oldest pieces of the universe ever found on Earth. It formed over 4 billion years ago. Tests show that it was formed at a time when Mars may have had flowing water. In 1996, scientists from NASA studying ALH 84001 with an electro microscope found structures they claimed could possibly be fossilized bacteria-like lifeforms.