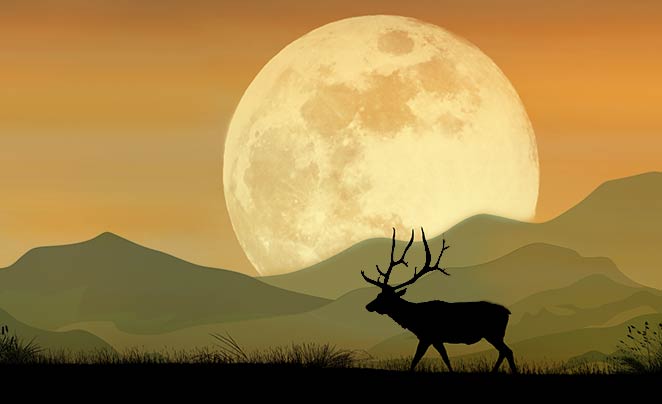 October’s full moon is commonly called the Hunter’s Moon, harkening back to European and Native American traditions where hunters would use the light of the full moon to track down their prey and stock up for the coming winter. Contrary to popular belief, the Hunter’s Moon isn’t actually bigger or brighter than usual. It simply rises earlier, soon after sunset, which would give hunters plenty of bright moonlight to hunt by during the early evenings. To Neo Pagans, however, the Hunter’s Moon is known by a far more morbid name - the Blood Moon.

Local Date and Time for October 2021 Full Moon in major cities around the world: